Thankfully, Alice is here to tank some of my readings and discuss them over coffee and whiskey: 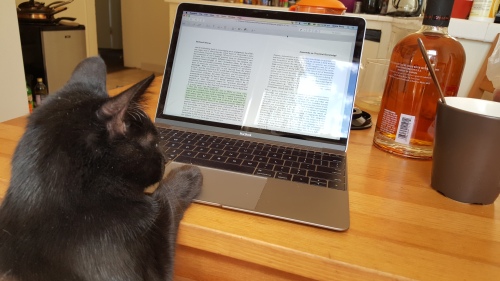 Lucky me. I should make her do my writing as well.

Want to do some good in the world? There’s a good chance that (like me) you’d at least like to try. So what should you do?

There’s a bunch of reasons that might affect your answer to this question. Should you donate money, or should you volunteer time? Should you start a career in social work? What social cause resonates with you? Do you care more about animals, or army vets? How much time do various causes commit you to, and how much time do you have after meeting work and family obligations? These are common concerns that influence our charitable choices, whether we’re conscious of them or not.

Effective altruism, a growing social movement associated with philosopher Peter Singer, hopes to bring this decision-making process to the forefront of our consciousness. To be more precise: followers of the movement seek to act in the way that brings about the greatest measurable impact, given the resources they have. Effective altruism concerns itself not just with doing good, but finding the best way to do so. And according to (some) effective altruists, the best way for most people to do good is ‘earning to give’, which is exactly what it sounds like: earning lots of money, then giving it away to charity. And not just any charity—in order to maximise good, effective altruists seek to donate to the most cost-effective foundations out there.